Okay, the title of this blog really doesn’t have anything to do with the content other than next week is Christmas! It is my hope that you and your families have a Very Merry Christmas and a Happy New Year! We will see you all back, bright eyed and bushy tailed, in January 2018.

On the podcast this week we will have a normal show consisting of stories ranging from a somber Gunsmoke, a listener’s tale about a rogue baby monitor and more. Christmas week we will have the old-time radio classic, It’s a Wonderful Life, starring Jimmy Stewart and much of the original movie cast. It well worth listening to and has become a tradition here at Ron’s Amazing Stories.

Best wishes to you!

Please Note: You can listen to these podcasts at Ron’s Amazing Stories, download it from iTunes, stream it on TuneIn Radio or listen on your radio Saturday night at 6pm(EST). Check your local listing or find the station closest to you at this link.

When I first got into podcasting I brought Jim Harold on the show to talk about old time radio. I did not know at the time that he was a big of a fan of it as I was. This lead to a seven-year-old tradition called, Old Time Horror, and I have to say that I hope it goes on forever. Jim and I both are old souls living at the wrong time. I honestly believe that had we been around in the 30’s, 40’s and 50’s we both would have been in the radio business.

So, with that said you will find below the entire Old Time Horror collection starting with 2011 onto the most current one which aired in 2017. I hope you enjoy this blog and return to it often because these are among my favorite shows that I have done.

BTW: Jim has appeared on many other shows through the years on Ron’s Amazing Stories. You can find those by going to the main website and searching for Jim Harold.

Old time Horror I – First aired on October 12, 2011 – This week Jim Harold makes an appearance on the podcast to talk about his appreciation for Old Time Radio and how he became interested in it. Also, Jim will be picking one of his favorite episodes from the golden age of radio and we will play it right on the spot.

Old time Horror II – First aired on October 30, 2012 – On today’s program, we are going to talk about what scares us and horror in general. Also, we have a great old time radio episode from The Inner Sanctum. This popular show ran from 1941 to 1952 and was created by producer, writer, and director Himan Brown.

Old time Horror III – First aired on October 22, 2013 – On the show this week we have the third annual Old Time Horror. Yep, time again for a long time friend of the program to make his annual pilgrimage to Ron’s Amazing Stories.

Old time Horror IV – First aired on October 31, 2014 –  It is time again for a long time friend of the program to make his annual pilgrimage to Ron’s Amazing Stories. Jim Harold makes his fourth appearance on the show and this time just might be his best. We throw out the rule book for this one and meet in an old graveyard to talk about his latest book: Jim Harold’s True Ghost Stories Campfire.

Old time Horror V – First aired on October 29, 2015 – In this podcast, Jim Harold is here for the fifth annual Old Time Horror. Jim will tell us about his new book, True Ghost Stories: Jim Harold’s Campfire. Also, learn we’ll about the cat that makes no sense and Jim’s views on 1934 Witches dialects.

Old time Horror VI – First aired on October 27, 2016 – Welcome to Ron’s Amazing Stories. On this episode, we have the finale of the Month of Spooky 2016. Jim Harold has returned for the sixth year in a row to put his brand of spookiness on the show. Now I could tell you more about the show, but would it be more fun if you just experienced for yourself? Just press the play button and enjoy!

Old time Horror VII – First aired on October 5, 2017 – On this episode of Ron’s Amazing Stories, we celebrate our 300th episode. Jim Harold joins us for some fun and discussion. Also, we have one of the scariest old time radio programs ever told in the history of the golden age of radio.

I started podcasting in 2011 and since that first year I have have dedicated the the entire month of spooky to the scary stuff. There is no doubt that the numbers for the month October go through the roof and people seem to like it. I ask that you tell all of your spooky friends about the upcoming events and let’s make this the best year ever.  Here is what the 2017 Month Of Spooky will bring:

October 03 – On Tuesday we begin the month of spooky with the the annual re-telling of, The Thing on the Fourble Board, hosted by the Conductor from The Horror Express

October 05 – Ron’s Amazing stories will celebrate it’s 300th episode of the show with guest, Jim Harold. This will be his seventh halloween with us!  How about that!

October 10 – We will re-play an Old Time Horror episode with Jim Harold from a previous spooky year. Tune in to see which one I think is the best! 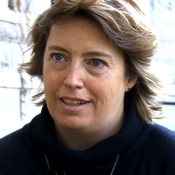 October 12 –  Ron’s Amazing Stories #301 – In the tradition of the month of spooky this episode will be filled with stories sent in by you guys!

Silvia Shultz is  one of the finest ghost hunters and ghost story tellers available today. She has written three books on the subject and has a brand new one coming out this Christmas. Sylvia Shults not only hunts ghosts, be she also is a podcaster, and we will have three shows with her!

October 26 – The Best Of The Horror Express. I will be taking skits, interviews and other stuff from past episodes and putting them, together into one huge show packed full of goodness! Are you ready for that!?

October 31 –  On Halloween we will have a brand new  Horror Express #19 with my co-host Jason Dowd. This one is going to amazing. I will tell you more about this show in this week’s podcast, which will air September 28th.

On this week’s podcast we will have The Horror Express #18. This will be a special podcast with stories and other stuff for you enjoy. We will also have  a remote interview with Jason who is still recovering from Irma. You can listen to this podcast this Thursday at The Horror Express, download it from iTunes, stream it on TuneIn Radio or listen on your radio Saturday night at 6pm Eastern time. Check your local listing or find the station closest to you at this link.

I hope that your Fourth of July is a happy and safe one. We are taking a break this week to enjoy the weather, fun, barbeques and fireworks. I hope that all of you have similar plans.

This week we will have a replay from last summer. We will play one of the scariest OTR stories ever and. Jim Harold talks about his spooky campfire coloring book. You can listen to this podcast on Thursday at Ron’s Amazing Stories, download it from iTunes, stream it on TuneIn Radio or listen to it on your radio Saturday night at 6pm Eastern time. Check your local listing or find the station closest to you at this link.

On the podcast this week we had special story sent in by Mary and Mark Newcomb.  I present it here so that I could post the picture she sent along with it.

It was the last day of a camping trip to Campbell Point Campground in Stone County Missouri. Mark and I had planned a hike for the day and were both excited about it. It was only a three mile trek that followed Crane Creek, but we had heard about the abundance of wildlife and the wonderful sights to behold.  We were not disappointed. We took many pictures that day, but it was the very last one that compels me to tell this story.

We were on the return trail and were talking about all the things we had seen that day. It was Mark that noticed the lights in the meadow below us. It was late afternoon and we both thought that they were a campfire of some sort, but it was spread out. We thought we should go look in case some careless folk had left a cooking fire alone.

We climbed down the creek bed and crossed the rushing water. It was late summer so there was no chance of being pulled away. We came up the other side and what we saw froze us in our tracks. The lights were spinning in a circle in the middle of the field.  I can’t describe it better than that. They did not appear to have any source. Mark quickly took out his phone to capture the event. As he did the lights flew up into the sky and began to slowly move off. Then with a big whoosh and bang they were gone.

The picture we took, of course, turned out awful. I attached it for you if you want to see. In order to find anything at all we had to convert it to black and white. The remnant of the lights appear as a smoky color in the upper right of the photo. We don’t know what we saw but that is our one and only UFO story.

Well Mary , I have to say that is a pretty good story and I want to thank you for sharing it with us. I have posted your photo here, but like Mary said if you looking for proof this photo is not to good. I have put arrow on the picture were I think Mary is talking about.

DISCLAIMER: All of the vintage audio used in the podcasts is believed to be in the public domain. The RAS does not own the rights to any of the old time radio used here. If you are the rights holder to any of the shows used here. please notify me immediately via Contact Ron’s Amazing Stories.
Loading Comments...