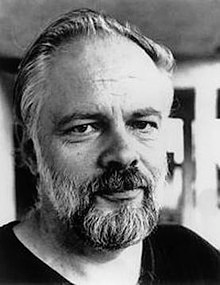 One of my favorite authors from the pulp fiction era is Philip K. Dick. He has influenced the way I write and edit. He was not only a talented writer but a creative one as well. While most called his works dark and told of a foreboding future he was amazingly accurate with his predictions.

Philip was an American writer known for his contributions in science fiction. His work explored philosophical, social, and political themes, with stories dominated by evil corporations, dictatorships, and altered states of consciousness. His writing also reflected his interest in metaphysics, theology, and often drew upon his own life experiences.

Dick was born in Illinois, but eventually moved to California and began publishing science fiction stories in the 1950s. He initially had little commercial success. However, in 1962 he wrote the novel The Man in the High Castle which earned him a Hugo Award for Best Novel. He followed that with Do Androids Dream of Electric Sheep. This story went on to become the classic movie Blade Runner starring Harrison Ford in 1982. Dick produced 44 novels and approximately 121 short stories, most of which appeared in science fiction magazines during his lifetime. He was responsible for a variety of popular films including Blade Runner (1982), Total Recall (1990 and 2012), Minority Report (2002), The Adjustment Bureau (2011), and Blade Runner 2049 (2017). The Man in the High Castle, was made into a multi-season television series.

Philip K. Dick became the first science fiction writer to be included in The Library of America series. On March 2, 1982, Dick died in the hospital at the age of 53. After his death, his father took his ashes to Riverside Cemetery in Fort Morgan, Colorado where he was buried next to his twin sister Jane. He died three months before the release of the original Blade Runner film.

This Week’s Podcast: On the program this week we have an incredible story from Portland, Oregon called, The Creature Of Multnomah Falls. Also, on the show we have a story from the master of Sci-Fi Philip K. Dick in a story he wrote called Second Variety. You can listen to this podcast on Thursday at Ron’s Amazing Stories, download it from iTunes, stream it on Stitcher Radio or on the mobile version of Spotify. Do you prefer the radio? We are heard every Sunday Night at 8:00 PM (PST) on AMFM247.COM. Check your local listing or find the station closest to you at this link.

Helpful Links:
Podcast Survey – Help the podcast by taking this survey.
Story Submissions – Use this link to submit your stories to the show.
Podcast Archives – Looking for the first 100 episodes of the podcast?