It is detective week here on Ron’s Amazing Stories. While our target of this truth versus fiction is actually known for being a character actor, he also did his fair amount of detection. Who is our subject this time? It is Edmond O’Brien. Let’s get started. 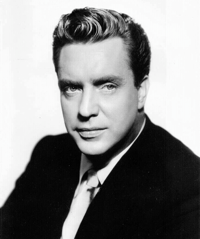 He was one of the most-respected character actors in American cinema. Born in New York City, The Bronx, O’Brien learned the craft of performance as a magician?

True – O’Brien reportedly was tutored by neighbor Harry Houdini. Also, he worked with another magician, Orson Welles, in the Mercury Theater’s production of “Julius Caesar”, appearing as “Mark Antony”. He took part in student theatrics in high school and majored in drama at Columbia University.

The hard boiled actor had his big break on Broadway?

True – He made his Broadway debut at the age of 21 in 1936. Later that year, played the part of, “The Gravedigger” in the legendary production of “Hamlet” starring Shakespearean actor John Gielgud. Four years later, he would play “Mercutio” opposite Laurence Olivier in his 1940 Broadway production of “Romeo & Juliet”. That is some very exclusive company!

With all of his great acting he never won Oscar, which is always true of character actors?

O’Brien never served in the military?

False – During World War II, he served in the U.S. Army Air Force. He also and appeared in the Air Force Broadway play Winged Victory by Moss Hart. He appeared alongside Red Buttons, Karl Malden, Kevin McCarthy, Gary Merrill, Barry Nelson, and Martin Ritt. He toured in the production for two years, and after returning from his wartime service with the Army Air Force built up a distinguished career as a supporting actor in A-list films.

O’Brien learn the best rule of performing from James Cagney?

True – James Cagney once said that he had only one rule, he would tap his heart and he would say, “Play it from here, kid.” O’Brien always did and he believed it’s the best rule for any performer. He could play a scene 90 ways and never repeat himself. He did this to keep himself fresh. [Writer’s Note: I try to do this with every podcast produce]

That is it for this this true a false session. I hope you enjoyed learning about one of America’s greats in Edmond O’Brien.

On the podcast this week we have a scary story about a shadow, a archaeologist gets into trouble and of course we continue with our Five Minute Mysteries. You can listen to this podcast on Thursday at Ron’s Amazing Stories, download it from iTunes, stream it on TuneIn Radio or listen to it on your radio Saturday night at 6pm Eastern time. Check your local listing or find the station closest to you at this link.

One thought on “True or False with Edmund O’Brien”