Dallas McCord Reynolds was an American science fiction writer. His work is best known for its focus on socioeconomic speculation. That is a lot of word power that simply means, “How money and people impact on the future.” He liked to write thought-provoking stories of perfect societies from comic or satiric point of view. Reynold’s heroes usually seek to improve their societies by direct revolutionary action. Sometimes their revolution is meant to advance a people’s level of civilization, sometimes to send it back to a simple way of life. 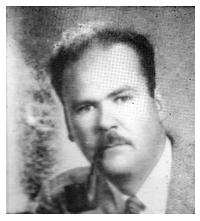 Mack was a popular author in the 1950s, 60s, and 70s. You could find his works in both novels and science fiction magazines. Mack Reynolds loved to use pen names and he used several throughout his writing career. These names included Dallas Ross, Mark Mallory, Clark Collins, Dallas Rose, Guy McCord, Maxine Reynolds, Bob Belmont, and Todd Harding.

I first learned of Mack Reynolds from his book, Mission to Horatius. It was written in 1968 and it was was the first original novel based upon the NBC television series Star Trek. Now, you might be thinking that I loved it. I thought it stunk. The producers of Star Trek agreed. They were concerned that it was dull, poorly written, and contained offensive descriptions of Sulu. Gene Roddenberry intervened and it was corrected, but not re-published. In 1999 Pocket Books did so to celebrate holding the Star Trek license for 20 years. I have never read the “improved” story.

On Ron’s Amazing Stories this week we present a short-story written by Mack Reynolds. It is called, Gun for Hire, and explores the one thing a utopian society forgot to include. A hit man. You can listen to this podcast on Thursday at Ron’s Amazing Stories, download it from iTunes, stream it on TuneIn Radio or listen to it on your radio Saturday night at 6pm Eastern time. Check your local listing or find the station closest to you at this link.